Home/Uncategorized/A Platform against the Dissemination of Intimate Images

A Platform against the Dissemination of Intimate Images 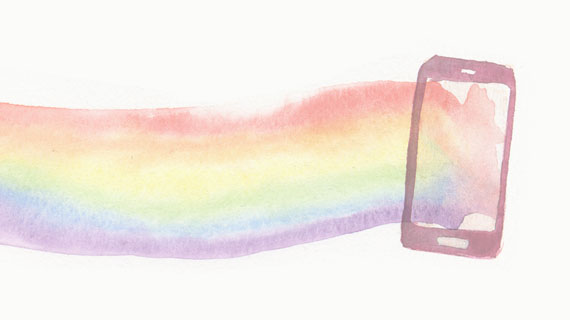 Acoso.Online is the first website in Latin America that addresses the non-consensual dissemination of intimate images. The initiative, originated in Chile, provides direct guidance for this type of violence against women and LGBTQI people.

Thanks to the FRIDA funding obtained as a result of the the 2018 call for projects, Acoso.Online has been able to replicate the project in 14 Latin American and Caribbean countries with content in Spanish, Portuguese and English.

In the run up to 8M, Francisco Vera Hott, one of the creators of the platform, pointed out that, although the same human rights apply in the digital environment and in the physical world, digital networks have certain particular sensitivities. In this context, Vera added that “the most relevant rights are privacy and freedom of expression.”

Violence against women and LGBTIQ people is a Latin American (and global) issue and the Internet is no exception. What is Acoso.Online’s perception of this regional problem and what type of online violence does it specifically work on?

Gender-based violence is a serious problem worldwide. While much remains to be done, there is an increasing awareness of its existence and causes, which are often related to a patriarchal society where women and sexual minorities are discriminated against and subjected to violence. In this sense, the digital environment is like a prolongation of our own lives, where it is possible to perceive both discrimination and violence.

Acoso.Online’s agenda is to combat and resist gender-based violence online, with a current focus on the dissemination of intimate material without consent, which is a form of online violence that disproportionately affects women and LGBTQI people. We offer the victim tools to remove these contents, understand the legislation of each country, resort to the courts, and technical advice that can be of help.

Acoso.Online has developed tools to resist and combat the non-consensual disclosure of intimate images and videos in the digital environment.  What are your main recommendations to prevent this form of gender-based violence?

The causes of gender-based violence are varied and depend on multiple factors. In this sense, the use of intimate images without consent is the result of many of these causes: a patriarchal system that treats women as objects, reinforces gender stereotypes, and justifies the use of violence against those who do not adhere to such stereotypes.

We can think of recommendations at different scales. For example, at the level of governments, implementing public policies and allocating resources to educate in a context of tolerance, diversity and gender equality, including regulations that will allow us to combat and punish these acts of violence, with a particular focus on repairing the damages caused and preventing their future occurrence, rather than on disproportionately extending prison sentences.

At the level of Internet platforms, they must assume a duty of care towards their most vulnerable users, implementing effective mechanisms to report and remove illegal content such as intimate images that are made public without consent and other forms of violence such as threats or harassment.

On an individual level, we are convinced that everyone should feel free to express their sexuality through the Internet. Therefore, we are against messages telling people not to share intimate images, as the actual responsibility lies on those who use these images without consent.

This does not mean that certain precautionary measures are not necessary, such as obscuring recognizable features of shared images (such as faces or tattoos); along with using secure messaging applications with at least point-to-point encryption and limiting the metadata embedded in the images.

At the moment, the initiative is being upscaled to the regional level. How are you working to reach more people affected by non-consensual pornography?

Since the initiative was launched in mid-2017, many organizations have approached us and collaborated with the process. This has allowed us to reach 14 countries in Latin America and the Caribbean, with content in Spanish, Portuguese, and English.

An important aspect of the project is that the information on each country’s legislation and access to the court system was prepared by local experts, some of whom also hope to be able to help victims affected by this kind of violence.

What is the impact of non-consensual pornography on Internet users and why is it a matter of human rights?

Publishing and disseminating intimate images without consent has a huge impact. On the one hand, it can cause enormous damage to the victims’ reputation and mental health, not only as a result of the publications themselves, but also given the harassment and unwanted messages that often accompany these events.

On the other hand, the person’s sexual freedom is also affected, either because victims are judged by how they express it or, in some cases, because the dissemination of these images is preceded by blackmail and threats. In fact, in some cases the images are not published because the victims comply with the requests they receive(which may include money or sexual favors), yet the damage continues to be done.

Speaking about 8M, which digital rights of women and the LGBTIQ community that are the most affected in the region today?

Although the same human rights apply in the digital environment and in the physical world, digital networks have certain particular sensitivities In this context, the most relevant rights are privacy and freedom of expression.

Privacy, so that people can control their information and identities. Freedom of expression, so they can express themselves freely and safely. This must be understood in a context where these rights complement non-discrimination, equality before the law, the right to associate freely and protest, among other rights.

These rights are affected when there are campaigns to harass people online, when personal data or images are published, or when content is reported in bad faith for its removal.

It is important to understand that both governments and companies have a shared responsibility. Governments must refrain from monitoring and censoring this behavior. And companies must asses how their activities affect human rights, and act to protect, respect and seek remedies in the event of violations.